So among other things, we also managed to learn some stuff and do some work. Here I’m working on my diploma films, a communication design project about social harmony in the aftermath of the Gujarat riots. (Films are here and here).

Trying to break through a block during the same project.

and the perpetual problem of running out of time. 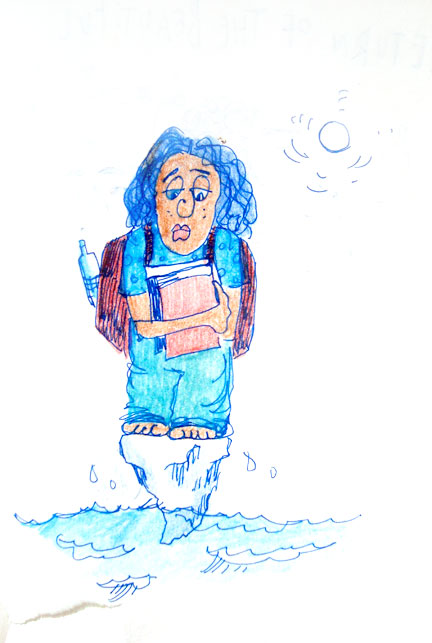 Well, it was rather stressful. And a bad hairdo didn’t help. (Though I thought it would). The effects of the Ladakh trip had worn off. The characters of my diploma films came to haunt me every night…

as I struggled with drawing, inking and animation.

So I was always in a blue funk. 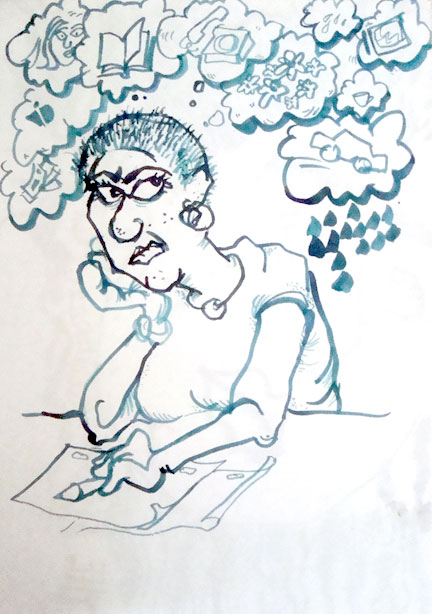 and then the brown boy (who was then just another guy) was always giving useless pieces of advice. 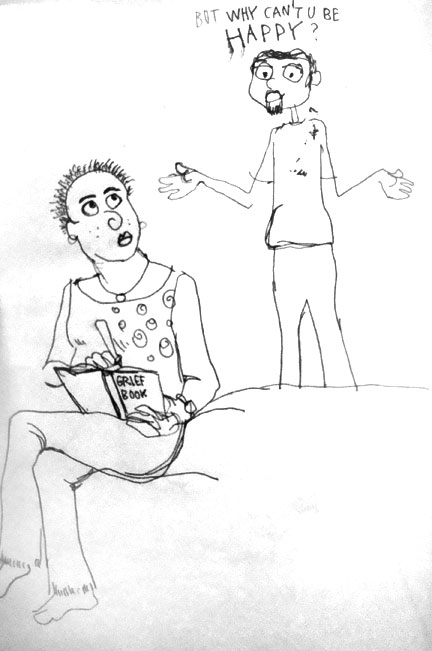