Last week I had the greatest pleasure of attending DesignUp 2022, the first in-person Design conference in India in 2.5 years. As always, DesignUp has a high bar for quality and this time also it did not disappoint. There were wonderful talks by the speakers and unconference events.

Here are some of my sketchnotes from the conference:

I loved how Nav’s talk took us on their journey of research and design, as the team figured out the relationship farmers had with tech, the role that ground agents (Sahabat Jiva’s) played in their research, evolving the co-creation sessions, and finally at the end of the first year, that the team learnt to get over their own biases as designers! Such a huge learning, that shows amazing self awareness as a team.

Graphic designer and illustrator Kriti Monga shared her insights from living a designer’s life, around the themes of craft, curiosity, courage and living a creative life

Her projects showed how she leans into using her hands and the physical experience to guide her toward exploring ideas further into experience beyond the visual.

Krish Ashok‘s talk on Strategic Laziness was funny and clever.

Writer and designer Lauren Celenza‘s talk spoke truth to some uncomfortable topics we never articulate, about being designers in tech. Her thoughtful and insightful talk resonated with me and the experiences I’ve had in my career in multiple ways.

This quick sketchnote below was for the panel discussion on Design for Bharat moderated by Suresh Venkat.

The second day started with a talk on music and structure by musicians and designers Drupad and Neeraj Mistry. A lovely zen-like beginning to the Sunday morning. Unfortunately, my iPad gave up and I had to draw on paper.

Anek: Design in Diverse Societies by Prof Girish Dalvi was phenomenal, and deservedly got a standing ovation from the audience. Civic signage in India include multiple languages – but English always stands out. Girish informs us that it is because the Indian language typefaces have not been properly designed to scale. As he led us through their process & journey, we learnt about type forms and the craft beyond the digital that is needed. Thanks to their type foundry Ek Type, open sourced via Google Fonts, we now have these ubiquitous typefaces used from signage to media to even WhatsApp forwards!

My friend Ayaz Basrai of The Busride Labs shared their work on the India Futures Project, a speculative design project on the future of India around multiple themes. It was marvelous, challenging our current perspectives with dark visualizations laced with humor. Like a Powers of Ten, it took us to the hive mind of bees and zoomed out through the talk to the overview effect experienced by astronauts in space…

I missed a bunch of talks in the middle, for example my friend Ashish Goel’s talk on courage, Meeta Malhotra’s talk on getting designers a seat at the table, as I was prepping for my own talk on looking for Creative Joy at work. Here’s Rasagy, Meera Sapra and Manali Mitra sharing their captures of my talk.

During the event, I also helped out with the Unconference events, Sketchnoting with Rasagy and Storytelling with Suresh Venkat, learning as much as we shared, and being totally blown away by the creativity of the participants.

I had forgotten how wonderful and inspiring conferences can be, and DesignUp recreated all that magic all over again, a passion project by designers for designers. A big shoutout to the volunteer team (in which I play a bit part), led by Jay, Shiva, and Narayan.

To see more coverage head over to the DesignUpConf Twitter page.

Like most people who draw, I look for opportunities to draw from life – mostly at airports, in the subway, wherever I’m waiting.

Here are some recent ones from last month. 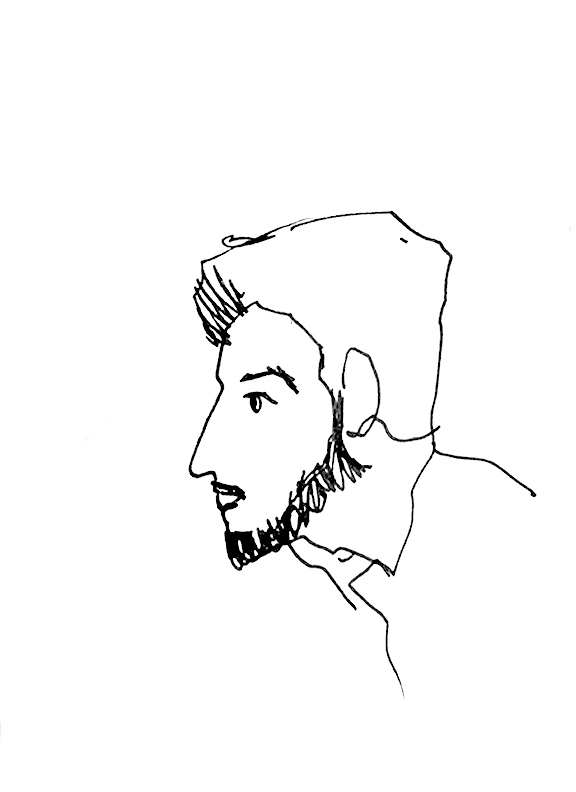